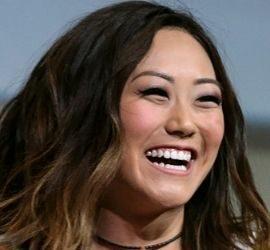 Who is Karen Fukuhara? Karen Fukuhara is an American actress and voice actress of Japanese descent.  She is best known for her roles as Katana in the 2016 superhero film Suicide Squad (2016), and as Kimiko Miyashiro in the Amazon Prime original series The Boys (2019–present). Fukuhara is also known for voicing the character Glimmer from the Netflix series She-Ra and the Princesses of Power and Kipo […]